USTC is located at the picturesque site near Foy’s Lake. Since its inception, this institution has unwrapped a new sphere and a new scope in industrial fields of Medicine, pharmaceutical & biological sciences, engineering & technology and business administration in this soil of Chittagong, Bangladesh. 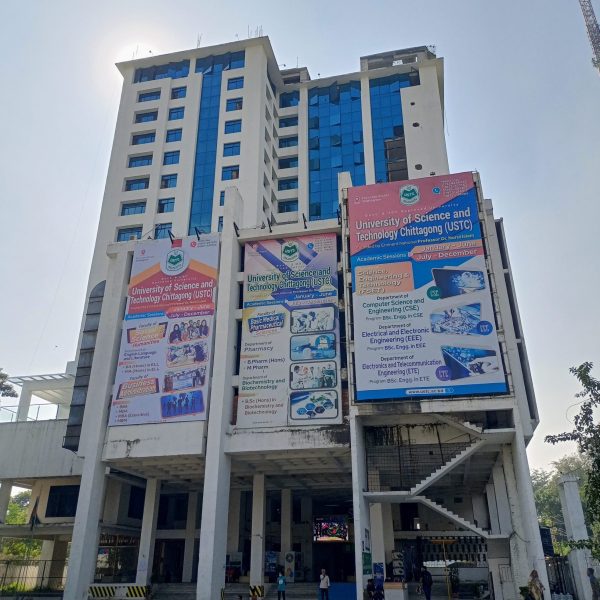 “To create a centre of excellence in teaching-learning and develop skilled and enlightened human resources to serve the society”.

Engaging students as life-long learners and grooming them as professional leaders in the local and international arena.

To render a viable and quality education keeping pace with the challenges of the 21st century to meet the demands of sustainable development.

To upgrade the quality of teaching-learning and research capability through conducting biomedical, business development, literary & linguistic through information technology coping with the needs of national and international community.

Develop strong rapport between alumni and other stakeholder by ensuring mutually beneficial relationship.

Ensuring extended learning for the students by strengthening co-curricular and extra-curricular activities.

To produce graduates who will be ethically sound and socially responsive.

To improve the quality and standard of education in Science and Technology, Medical Science, Pharmaceutical, Business Administration Law and Social Sciences & Humanities.

To accelerate development of human resources through collaborative both strategies at home and abroad with special emphasis on the South and South-East Asia and the Middle East.

To extend the facilities for the pursuing higher studies with an aim to bridge the gaps between the teaching-learning, services and research.

University of Science and Technology Chittagong (USTC) was established as a Private University soon after Private University Act 1992 came into force when IAHS became its constituent body under Faculty of Medicine. The Janasheba Foundation has been its sponsoring organization and National Professor Dr. Nurul Islam was appointed the Vice Chancellor of USTC by Honourable Chancellor of the Universities and President of the People's Republic of Bangladesh (PRB). Since then USTC started functioning with two Faculties, namely, Faculty of Medicine and Faculty of Basic Medical and Pharmaceutical Sciences. MBBS and BPharm (Hons) Programmes are offered by these two Faculties. These two Faculties have been doing more than expectation and it is a matter of pride that Faculty of Medicine has a large number of foreign students today. Faculty of Science, Engineering and Technology has opened up a new horizon for the Technological community of the country by launching a new Faculty entitled Faculty of Science, Engineering and Technology (FSET)' in 1999 which is indeed another bold step by USTC in fulfilling its mission of expansion of higher education through private initiative. FSET had been started with the Department of Computer Science and Engineering since 1999 and now, this faculty constitutes with three (03) departments named as Computer Science & Engineering (CSE), Electrical & Electronic Engineering (EEE) and Electronics & Telecommunication Engineering (ETE).